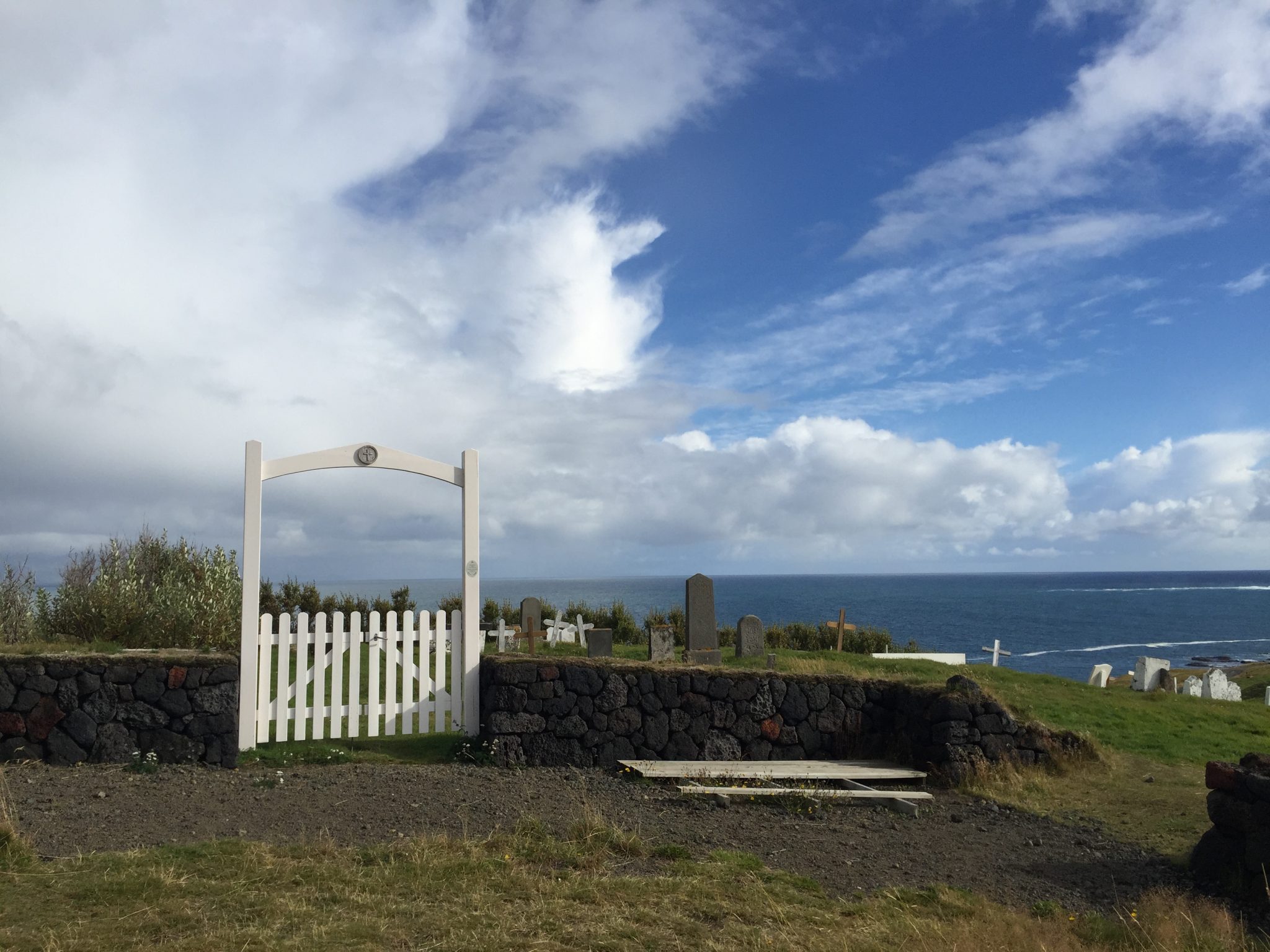 So, I bundle up on this cold, Icelandic morning and head out for another day of driving through a postcard. Leaving Reykjavik, I’m struck with how clean the city is. Not just as in “cleanliness” but in the very architecture. Straight lines, angular edges, no-frills exteriors. Even as we make our way into the countryside, simple, tiny box houses dot the craggy landscape with the ocean for a backyard. The minimalist nature of everything man-made seems to highlight the above-and-beyondness of the nature all around it.

The day is filled with more extraordinary scenery. Glaciers, volcanos, lava fields, more waterfalls, crashing waves, lighthouses, sheep and more sheep, and green and more green everywhere. At one point, I was standing softly out in the middle of this other-worldly field of grass that felt like carpet. Popping up like moles were lava formations that gave it a Mars-like vibe. On my right, was a coastline that rivals Big Sur on the Pacific Coast but there was a quaint lighthouse that was reminiscent of a snapshot from Maine on the Atlantic Coast. Dozens of sheep sporting huge Viking-like fur coats in white and black were drinking from a river that was so crystal clean and bubbly it made me want to kneel down there and join them for a refreshing swig.

I become aware of this desire for something I don’t think is possible but feels like it should be. As I stand in the middle of so much glorious beauty, I long to be a part of it. To become one with it. To take it all in. Not just in the observe-all-of-it kind of way but to actually take it inside myself. It’s too much of a shame to experience this kind of wonder and then have to leave it behind here in Iceland. To know that this kind of glory is somewhere on the earth and that I can’t be with it just feels ridiculous to me.

I wish I could open the very cells of my body and absorb the experience of it all – the sights, sounds, smells, the way I feel. I take pictures attempting to capture it but, sadly, that only underscores the separation that I’m resisting. Writing about it feels even more disconnected and yet both pictures and writing are my best attempts at not just letting it go without a fight to hold onto it. Besides, when you care about someone, you want to share what touches you. I know that I don’t know most of you personally but whenever I experience or see something exciting or wonder-full, I do think to myself, “I can’t wait to share this with my blog followers.” You really are on this journey with me and I am growing to truly care about you in ways that don’t completely make sense.

Then this odd desire to tell all this surrounding natural beauty how much I love it overcomes me. But, I don’t know the language to express that so it can receive me, either. There is this distinct separation between us that I wish were not there. The best I can do is be still and get as present as possible, allow the beauty to flow through me instead of trying to capture it and then trust (there’s that word again) that it is within me and that a part of me will stay with it, too. I realize this sounds like I’ve been smoking something. The truth is, I do feel a bit high by the intoxicating creation all around me.

The remainder of the day is spent exploring a variety of caves. We descend 50 meters underground to complete and utter darkness. We have flashlights but the tour guide instructs us to turn them off at one point. Oh my! You think you know what dark looks like but this level of darkness feels like I’ve not only spent my whole life calling something “black” when, in comparison to this, “gray” would have been closer to the reality of it. This felt like standing in pure blackness, onyx, perhaps. And, then he instructed us to be as still and quiet as possible. Again, I thought I knew what silence sounded like. The sound I experienced in this moment was thick with nothingness. I don’t know if my sensory perceptions expanded or deepened in that cave but I do know that life grew bigger for me down there.

Now, for the finale. We spent four hours chasing the Northern Lights looking for a break in the clouds at the same part of the sky where there was a strong magnetic field. (Or something sciencey like that.) Eventually, we stood out in the four-degree! weather (that is Celsius but it sounds more dramatic and I felt dramatically freezing out there) and caught a glimpse of the Holy Grail of this journey, the Aurora Borealis. I’ll attempt to describe what I saw. Have you ever looked across a really flat expanse of land or a lake and could see there was a storm miles away because there were sheets of rain descending out of the clouds? That’s what this looked like to me except there weren’t any clouds and the sky was “raining” sheets of lime green in what most closely resembled the form of The Milky Way except it was vertical instead of horizontal. Obviously, I tried to take a picture but, as fabulous as the iPhone camera is, I could post the picture but it better captures the experience of the lava cave. As suddenly as it “rained down green,” from the moonlit sky, it was gone like a summer shower in the middle of the afternoon in Florida.

I’m a whole day behind in blogging and I’m doing a terrible job of keeping this to 500 words but Iceland was just too gorgeous to not give it three whole days of too-many words.