Today, I walked 8 hours, 17 miles, 37,000 steps and 42 flights of stairs (according to my phone app.) It was stunning scenery all the way and I feel wiped out but strong. I enjoyed another lovely Pilgrim’s Dinner and conversation with perigrinos from all over the world. Such interesting people and so much to learn from everyone. 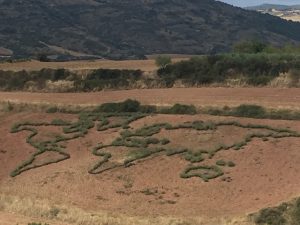 I have been posing questions to God as they arise in my mind and then just leaving them at His feet to answer in His time and His way. So far, I have quite a list going, everything from money to sex to work to children. At one point, I was contemplating (sometimes, veering off into simply worrying in God’s presence) about my children. I guess I hadn’t ever given enough time and space to actually feel how worried I was because, all of a sudden, at the thought of truly letting go and trusting God, I started choking back tears. Thankfully, I looked around and I was all alone on the stretch of the road so I allowed myself to release them. And, after the flood, came the dove and the rainbow, the peace and the promise. 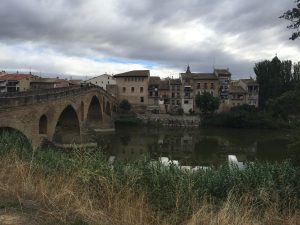 I had another noteworthy experience late in the afternoon. Claus is a couple of days ahead of me and he sent a text yesterday telling me to be on the lookout for a huge haystack. He told me to climb to the top of it and make some noise. He warned me that the size was intimidating and that I would be tempted to think I couldn’t do it but to be mindful of my limiting belief system.

I kept my eyes open for it all day and I finally came upon it after seven hours of walking. I was already exhausted, my feet hurt, my legs ached and all I wanted to do was walk the last 4 kilometers to my dormitory shower and bunk bed. But, there was no way I was going to back down from the challenge. I had already decided the song that I was going to sing at the top of my lungs up there. 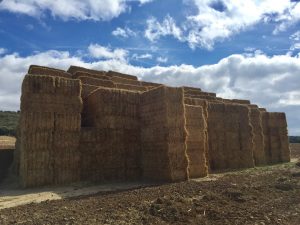 Claus was not kidding, it was massive. I’m guessing it was at least three stories high. (Then again, there is a possibility I may have added an extra story to make this story better. :) I walked all around it looking for a strategic way to climb it. There was some nylon twine hanging down near the front and there was a bale of hay missing about six feet up from the ground. All I had to do was use the twine to hoist myself up to that spot and then I could easily climb the stacks from there. Easy Peasy.

Uh…not so much. I tried numerous times but the twine was thin and kept ripping my palms and I kept slipping and falling. I almost made it once but then I had so far to fall that I almost twisted my ankle. So, I gave up. It wasn’t worth the risk. 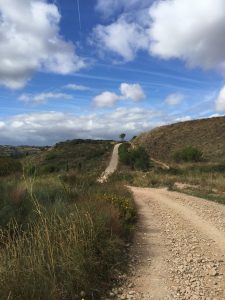 As I was walking away, I was disappointed that I would have to tell Claus that I couldn’t do it. I felt embarrassed. Mostly, because I would have to admit that my belief system was not stronger than my weak arms. But, then it dawned on me. I gave up pretty easily because, in my estimation, the payoff didn’t outweigh the risks. It just wasn’t that important to me to climb that haystack. It was important to Claus, apparently, but it just wasn’t my thing. It wasn’t calling me. It dawned on me that you can have all the belief in the world but if you don’t have an equal amount of desire, it’s probably not going to happen. Because when the doubts creep in and threaten to undermine your beliefs that’s when you need the desire to kick in to kick out the lies of fear and doubt. 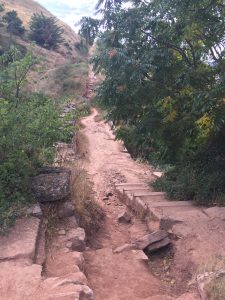 I think Jesus teaches this, or rather, he teaches us by showing us. It seems the two most important components before he could do miracles was belief and desire. He almost always asked the person in need of a miracle, “What do you want?” Even when it was obvious as in the case of the blind and the lame. It’s as if He felt like it was critical that they acknowledge their desire for healing – and really want it. Because, I think we all have some experience when we can say we want healing but the reality is, the payoff for staying sick or limited actually feels better (or the familiarity and comfortability of our unhealthy issue does.) 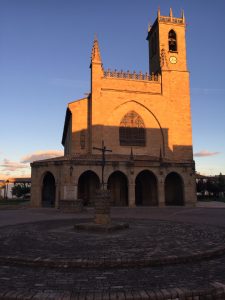 Of course, He also stressed how critical it was that we actually believe that a miracle or healing or provision is possible. In fact, there were even times when he said He (as God even!) couldn’t perform the miracle that He wanted to do because the people didn’t have enough faith. That’s some pretty sobering truth. Jesus can’t even desire it badly enough for us or believe big enough on our behalf. It has to come from our hearts.

I think that is another reason I couldn’t climb the haystack. Claus believed in me and truly desired that I have that experience but you can’t borrow anyone else’s belief or desire. They both have to come from your deepest, truest, most honest places for the magic to happen.

As I walked into the little town where I would be staying for the night, I asked myself, what do I truly want badly enough to believe for? And, is that really all there is to it? I don’t know but I do know that I did not end up hiking the Inca Trail because I wanted to do it more to say that I did it and post a picture of me doing it on Instagram than I did because it was a deep desire of mine. And, as it turned out, my feet were not healed in time. 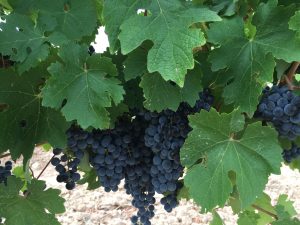 On the other hand, I remember passionately praying one day on my silent retreat and telling God how much I wanted to walk the Camino and that I believe He put that “want to” in me so I had faith that He would heal my feet so I could fulfill the desire that He had put in my heart. And, here I am and my feet feel great and I’m doing it! So, here’s my equation: Big Belief + Deep Desire = Magical Miracles