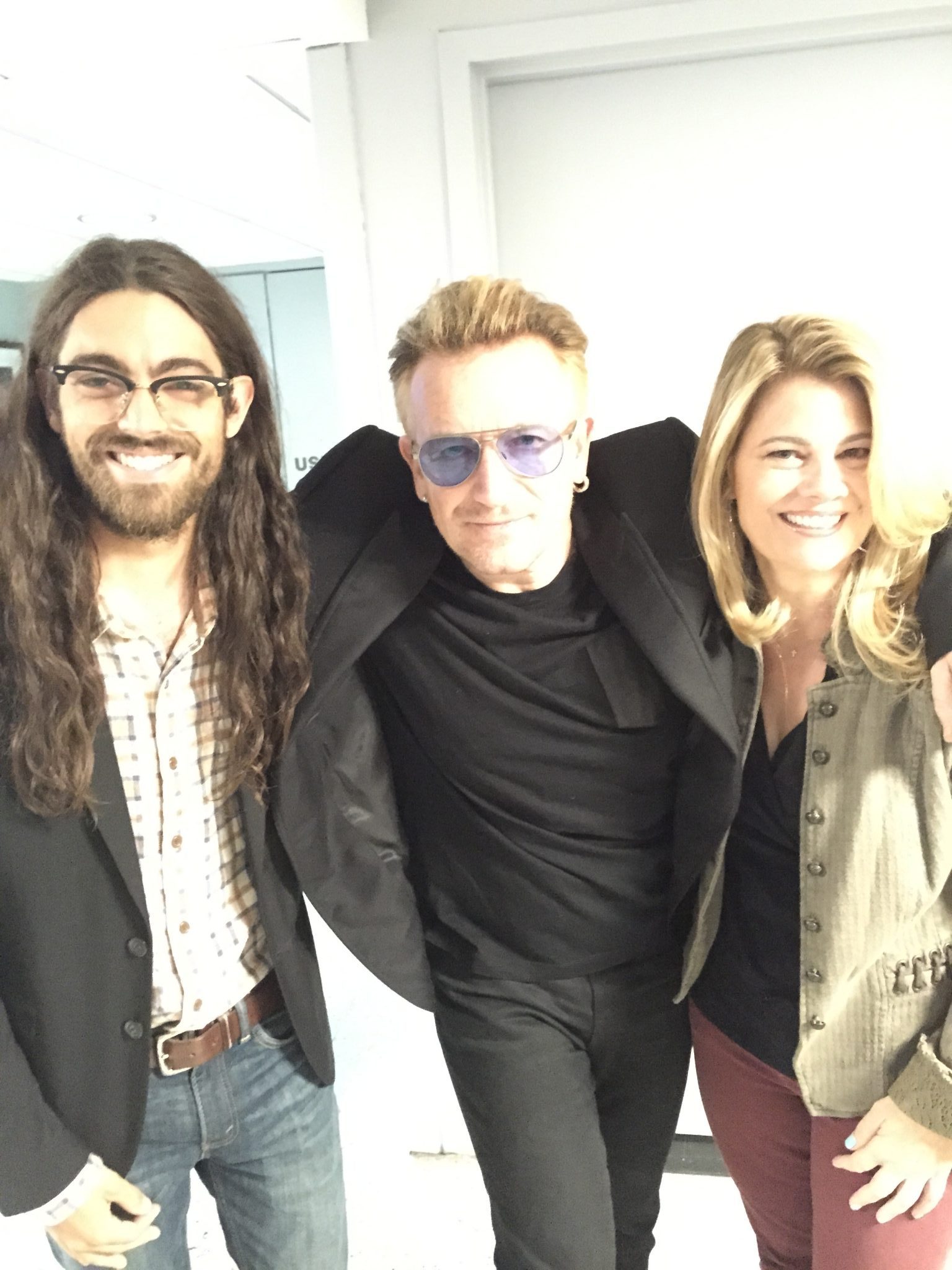 I would like to write about a few things the Meseta is teaching me about projections. Because it is a wide expanse of nothingness, both in time and landscape, it is wide open to receive whatever is going on inside and reveal it to us consciously. This has been a fascinating and alluring concept for me this year – finding ways to really know what is going on in my subconscious. That is where the real motivations and intentions show up and run the show, even when we think we are in control with our mind and our will.

Earlier this year, I attended 4-day “Painting from the Soul” retreat in New Mexico. The premise being, that if we don’t think about it and simply choose a color of paint that attracts us, a size of paintbrush that draws us (maybe, even literally) and then just start painting without a preconceived idea of what we want to produce then we can get some insight into areas of our psyches that are hidden from our sight. I will share this one painting that ended up on my easel. It was quite enlightening about my struggle with boundaries and letting go of some “churchy” things that were suffocating my understanding of the Love of God. ( I plan to write more of what I learned in my book.)

The Camino has been a catalyst in many ways to see my projections and walking with Claus has also been, sometimes disconcertingly, revealing and helpful for doing “shadow work.” For instance, I walked for days without revealing my past to Claus. When he had asked me what I did for a living, I told him I was a CoActive Life Coach. Inevitably, we passed an American over forty-years-old on the Camino who recognized me. As we walked away, Claus looked at me and said, “Who am I walking with?”

I was reluctant to tell him because I was so enjoying being known as “Lisa from America.” I explained that often when people find out (or know) about my career on television they treat me differently. Sometimes, I feel like they no longer see me but only their idea of me or, worse, how I can make them feel better about themselves simply because they have met someone who was on television. I confess that sometimes it touches old wounds inside me of feeling used. I know that is my issue and problem, not their intention, but I can’t help putting up an invisible wall to protect me from something being taken from me for their own desires that I haven’t had the chance to give because of the natural progression of trust and pace in a relationship. 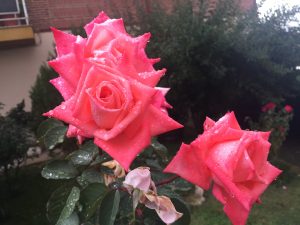 Wouldn’t you know it, this “shadow projection” came out into the light and revealed its dark side to me just a couple of days later. I was walking with Claus and he told me that he had gotten up in the middle of the night and went down to the river and put on a song and danced on the bridge. I asked him what song inspired that. He said, “Who’s Gonna Ride Your Wild Horses.” I shook my head. What is with the men I’m attracted to and U2?! I’ve only dated three men since my divorce and they’ve all been Bono fanatics. 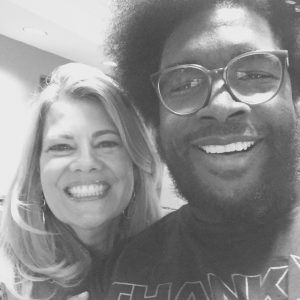 I couldn’t help but mention to Claus that I had met U2 last year while visiting QuestLove for a taping of “The Tonight Show with Jimmy Fallon.” He was duly impressed and asked how that was for me to meet Bono? I explained that as much as I do love their music, it was mostly exciting for me because I got to share the experience with my son, Tucker, who is a guitar player and whose first band in junior high was named “Lypton Village” after U2’s “gang.”

I also confessed that meeting Bono and posting a picture on Twitter fulfilled an uglier purpose. Only six weeks before the meeting, I had broken up with a man that I had come to realize was telling me one thing and another woman something else. I felt deceived, used and hurt. He was a huge Bono fan and the opportunity to “flaunt” that I had met him and enjoyed a conversation with him was a chance to “stick it to him.” Claus listened and paused before responding, “So, how is it that you used Bono?” OUCH! Touché. 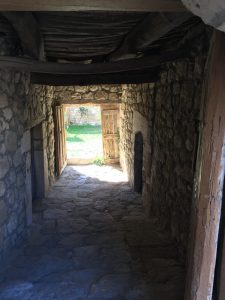 Yes, inevitably, the shadow sides that we don’t want to acknowledge in ourselves are so often seen in how we project them on to others. I sincerely wasn’t aware of how I, too, have the same ability to use celebrities for my own desires and needs. I guess the next thing I need to look at is how I deceive others in the way I was deceived. That is the gift of projections. If we truly want to shine light on the darkness within ourselves then we can be grateful when other people carry our shadows for us and we feel the desire to resist them or judge them. At that point, we can see how we do the same thing (usually not in exactly the same way but with the same energy.) Then we can accept that in ourselves, give grace to our weaknesses and then it is so much easier to embrace others in their weakness, too.

Well, I have plenty more time and miles to explore my “darker sides” on this Camino walk. If the key to Shadow work is to pay attention to what annoys you in others and where that shows up in ourselves then I must do some delving into my hidden snorer side. Because that is driving me crazy every night.